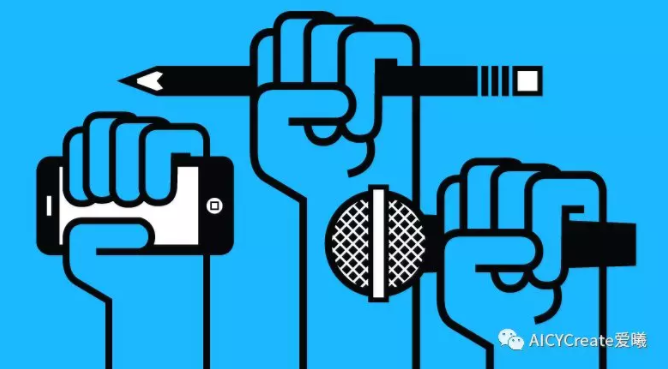 The Mentor: KEITH FERRAZZI on

I’m extremely passionate about Self Branding. This is an article from the book: “NeverEat

Alone” which, in my opinion, is one of the best read for young entrepreneur and about

Branding in general. Enjoy it. (Brizzo-AICY)

As long as you’re going to think anyway, think big.

Now you have your “content,” and the beginnings of a brand. You’re getting good, really good.

That’s how you’ve become an authority in your company. But your job is not done. If the rest of

the world isn’t familiar with how good you are, you and your company are only gaining part of

the benefit. The fact is, you’ve got to extend your reach and level of outside recognition. That’s

how you’ll become an authority not just in your company but in your industry. 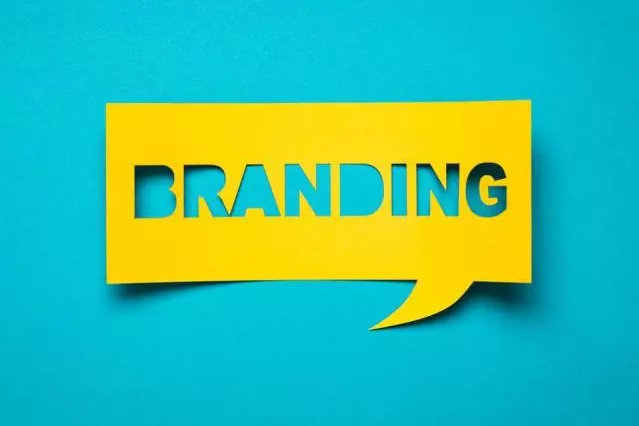 You don’t have to look far to see why increased visibility might be important for your career,

and for extending your network of colleagues and friends.

Take, for example, self-promoting phenom Donald Trump. How many other real estate

moguls do you know offhand?

Right—I can’t name anyone else either. Why is the “The Donald” considered the ultimate

dealmaker? Probably because he’s called himself that a million times over in any number of

articles and television interviews and now a highly rated TV show. Because he has a book

entitled The Art of the Deal.

But his self-promotion is not just ego (though by how much, I’m not quite sure); it makes

plenty of business sense, too. His buzz-worthy brand now has a value unto itself. Buildings

with his name on it are more valuable and bring in higher rental fees. When The Donald

went bankrupt, banks that would have otherwise foreclosed on any other struggling mogul

gave Trump leeway, not only because they knew he was good at what he did but because

they knew his name alone would go a long way in helping him recover from his setbacks.

Trump is a talented developer, but then so are a lot of other people. The difference? 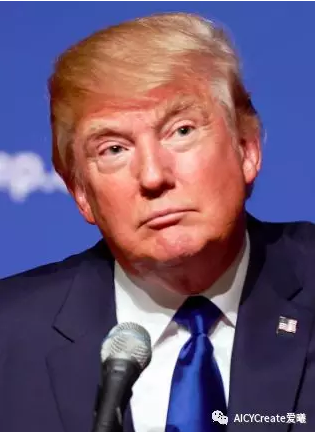 Their networks begin to grow without much heavy lifting. I can hear the groans of discomfort

already stirring. You may be thinking, “I’m shy. I don’t like to talk about myself. Isn’t modesty

a virtue?” Well, I can assure you that if you hide your accomplishments, they’ll remain hidden.

If you don’t promote yourself, however graciously, no one else will.

Like it or not, your success is determined as much by how well others know your work as by

the quality of your work. Luckily, there are hundreds of new channels and mediums for you

to get the word out.

So how do you promote Brand You?

Every day, you read or hear about companies in newspapers, magazines, on television,

and on the Web. Most of the time the article or story is about celebrity CEOs and big

companies. It’s not because they are more deserving of the press than you or me. It’s the

working for them to shape and control their image (though not always successfully).

Smaller companies and individuals have to do it themselves. But by using some pluck

and a strategy of your own, access to the media is not as difficult as you may think. Journalists

from people that have sought them out, and not the other way around. And like everyone

else in any profession, they tend to follow the herd. Which means once you get written

about, other reporters will come calling. Assigned you as a subject, they’ll do a quick

Google search, and presto: They’ll find you are an already cited source and will seek you

out to cite you again. One article creates visibility, which in turn will put you in front

of other journalists, creating the possibility of more articles and visibility.A journalist’s

deadlines make magazine and newspaper work the art of the possible, not the perfect.

The key is to view the exposure of your brand as a PR campaign. 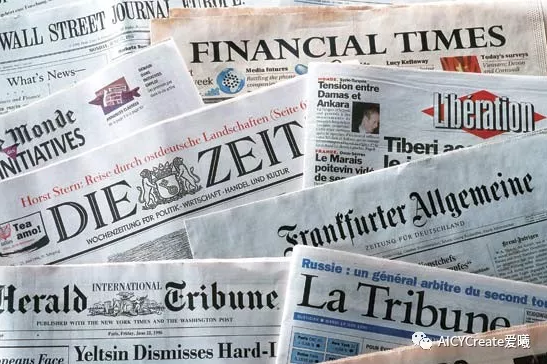 that the message gets out the way you want it to get out?

Sure, your network is a good start. Everyone you meet and everyone you talk to should

know what you do, why you’re doing it, and how you can do it for him or her.

But why not broadcast that same message to a thousand networks across the country?

The answer is, YOU created buzz: that powerful, widespread ph nomenon that can

determine the future of individuals, companies, and movies alike. Buzz is the

riddle every enterprising person is trying to solve. It’s a grassroots, word-of-mouth

blockbuster. (Ever hear of The Blair Witch Project?) You feel its energy in Internet

chat rooms, at the gym, on the street, and all of it is stoked by a media hungry for

the inside scoop. Buzz is marketing on steroids. 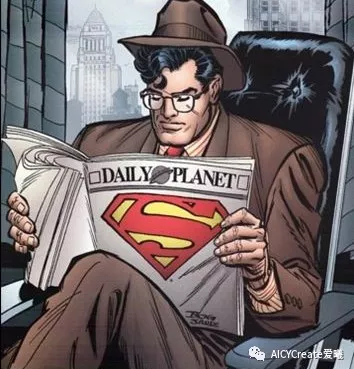 Here’s an example of how well it works: Remember Napster? One day it was a clever

of a major lawsuit, playing bandwidth havoc with servers around the country. Even when

it was shut down, the name had enough buzz to be bought for something like $50 million.

As a marketer, over the years, I have developed an idea of how buzz is created. One way

is to generate what I call “catalytic moments.” When you watch a big football game, have

you noticed how the tide of a game will suddenly turn in favor of one team or the other?

It starts with a huge play, and in many cases is followed by more key plays. Buzz is

like that. It needs a situation, a pivotal moment, an inside scoop, a crazy giveaway

—something that will get the crowd whispering.

Once you light a fire and get the buzz going, you want to get your story in front of

The misconception is that you have to “work” the press. But overeager PR

professionals, who don’t know the meaning of “No,” are working reporters hourly.

Journalists get fed up with people who are nitwits and pitch articles without substance.

The media is like any other business. They have a job to do. If you can help them do

their job better, or easier, they’re going to love you.

you’d like them to write. Send them information. Meet them for coffee. Call regularly

to stay in touch. Give them inside scoops on your industry. Establish yourself as a

willing and accessible source of information, and offer to be interviewed for print, radio, 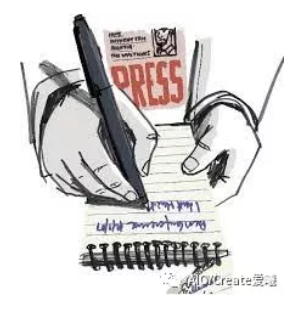 You Are Your Own Best PR Representative

You must manage your own media. Public relations companies are facilitators and act as

leverage. I’ve been represented for years. The best ones can be strategic partners, but

ultimately the press always wants to talk to the big guy—you, not a PR rep. Most of the

biggest articles about me came from my own contacts. Yes, a PR firm can help you

generate those contacts, but early in your career you won’t need them and you probably

won’t be able to afford them.  Who better than you to tell your story with credibility and

passion? Start making calls to the reporters who cover your industry. Have lunch with

them. If something timely occurs around your

more than two or three paragraphs describing what’s memorable about your story. It is that

easy. Remember, media folks are just plain fun. They tend to be interesting and smart, and

they’re paid to be up to speed on everything that is going on in the world. And they need

you as much as you need them. They may not need your exact story at the exact time you

want, but with a little stick-to-itiveness, they’ll come around. 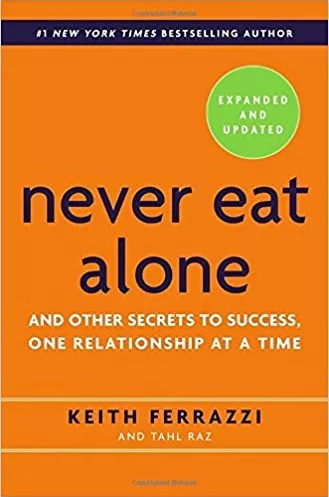 There are no new stories, it has been said, only old stories told in new ways. To make

your pitch sound fresh and original, find an i novative slant. What’s your slant? Anything

that screams, “Now!” Let’s say you’re opening a pet store. To a magazine devoted to

entrepreneurs, perhaps you play up how your store is one recent example of the

entrepreneurial boom in the opening of local retail stores. Suggest why this is happening

and what the magazine’s readers could learn. Selling it to your local newspaper is easy.

What caused you to switch careers? What is particular to your situation that highlights

something going on within your community? And don’t forget catalytic moments. Maybe

you sell a rare animal no one else does. Or maybe you plan on giving away puppies to

orphans. That’s something worth covering to a local or neighborhood newspaper. Get the

Are you Bill Gates? No. Maybe you’ve developed the antidote for the common cold?

No again. Well, the New York Times probably isn’t knocking on your door quite yet.

Go local first. Start a database of newspapers and magazines in your area that might be

industry digital newsletter you find in your inbox. You’ll get the fire started and learn how

to deal with reporters in the process.

They’re a rushed, impatient, always-stressed bunch of overachievers. Work at their pace

and be available whenever they call on you. NEVER blow off an interview, and try to

facilitate the contacts they’ll need to produce a good story.

There’s a fine line between marketing yourself properly and becoming annoying. If a pitch

of mine gets rejected, I’ll ask what else it needs to make it publishable. Sometimes it will

never be right in the editor’s eyes, but other times, you can answer a few more questions

or dig deeper and repitch the story. It is okay to be aggressive, but mind the signals, and

back off when it’s time.

It’s All on the Record

Be cautious: What you say can hurt you, and even if you’re not quoted or you say

something off the record, a reporter will use your words to color the slant of the article.

I’m not advocating being tight-lipped. That’s what corporate communications directors get

paid for, and I don’t know anyone in the press who likes them. Just remember: All press is

not good press, even if they spell your name right.

You’ve Got to Market the Marketing

Once you’ve put in all that hard work and landed a nice article, it’s no time to be modest.

Send the article around. Give it to your alumni magazine. Update your class notes. Use

the article to get even more press coverage. I’ll attach a recent article about me to an e-mail

and in the subject line write, “Here’s another one of Ferrazzi’s shameless attempts at self-

promotion.” Most people get a kick out of it and it keeps you on everyone’s radar.

There are literally thousands of different ways to get recognition for your expertise.

Try moonlighting. See if you have the time to take on freelance projects that will bring

you in touch with a whole new group of people. Or, within your own company, take on

an extra project that might showcase your new skills. Teach a class or give a workshop

at your own company. Sign up to be on panel discussions at a conference. Most

important, remember that your circle of friends, colleagues, clients, and customers is

the most powerful vehicle you’ve got to get the word out about what you do. What they

say about you will ultimately determine the value of your brand.